Elsa Mora is an artist and curator. A recipient of the UNESCO-Aschberg Bursaries for Artists, she was born and raised in Cuba and moved to Los Angeles in 2001, where she lived until 2014. Mora currently resides in upstate New York with her husband, William Horberg, and their two children.

Elsa’s art has been exhibited worldwide in art galleries and museums. She taught at the Vocational School of Arts in Camagüey, Cuba, and has been a visiting artist at the Art Institute of Chicago, San Francisco State University, the Art Institute of Boston, the MoMA Design Store, and the National Gallery of Art, among others.

Her work is in the permanent collection of the National Museum of Women in the Arts in Washington, D.C.; the Long Beach Museum of Art, California; and the Jordan Schnitzer Museum of Art at the University of Oregon. Mora has collaborated as an illustrator with such organizations as the Museum of Modern Art, Chronicle Books, The New York Review of Books, Penguin Random House, The Oprah Magazine, Cosmopolitan, and teNeues, among others.

Mora is one of the founding members of ArtYard, a contemporary art center based in Frenchtown, New Jersey, where she is artistic director and curator.

I’m the fifth child out of eight children. We all share the same father but came from three different mothers.  All of us were born and raised in Holguín, a province on the East side of Cuba. My birthday used to be on May 8th (1971), until I discovered that it was the wrong date. It turned out that I was actually born the day after, on May 9th. What happened was that my Mom preferred May 8th because it was Mother’s Day on that year.

But at the age of 16, the lady at the office where I my first ID, told me the truth. My Dad confirmed that the lady was right.

That incident did something interesting to my brain. It made me realize that I could be whoever I wanted to be.

Growing up poor taught me a series of important lessons that I will always treasure. I learned that the most precious possession that you have your mind. I also learned that creativity and imagination could solve any problem, whether it’s a material problem or an emotional one.

My education took place in the Cuban public school system. I started walking to school by myself in the 4th grade. It was a long walk in an area full of delinquent and alcoholic people that hung out in the morning.

I saw these people deteriorate to the point where they looked like ghosts. Watching them taught me lots of things that I didn’t learn in school, like the slow and devastating effect of losing control of your life.

My life back then was also full of fascinating people. I remember with affection so many characters from my old neighborhood. Just to name a few: , , La China, Marita, Pepe la Puerca, Chani, Pata ‘e Plancha, Maria Hormiga…  One of the main things that I learned from them was the power of having a sense of humor. Sometimes when nothing seemed to solve my problems, did the trick.

I left my home at age 16 in order to start a life on my own. In you’re legally an adult at 16.  I relocated another province of Cuba called Camaguey, where I graduated from Art School in 1990. I left one night by train with a small backpack containing a change of home sewn clothes plus my four-year-older-than-me boyfriend on the side. I could never have imagined how hard the following years were going to be. But I went through everything one day at a time and came out to the other side feeling strong, positive and more mature. 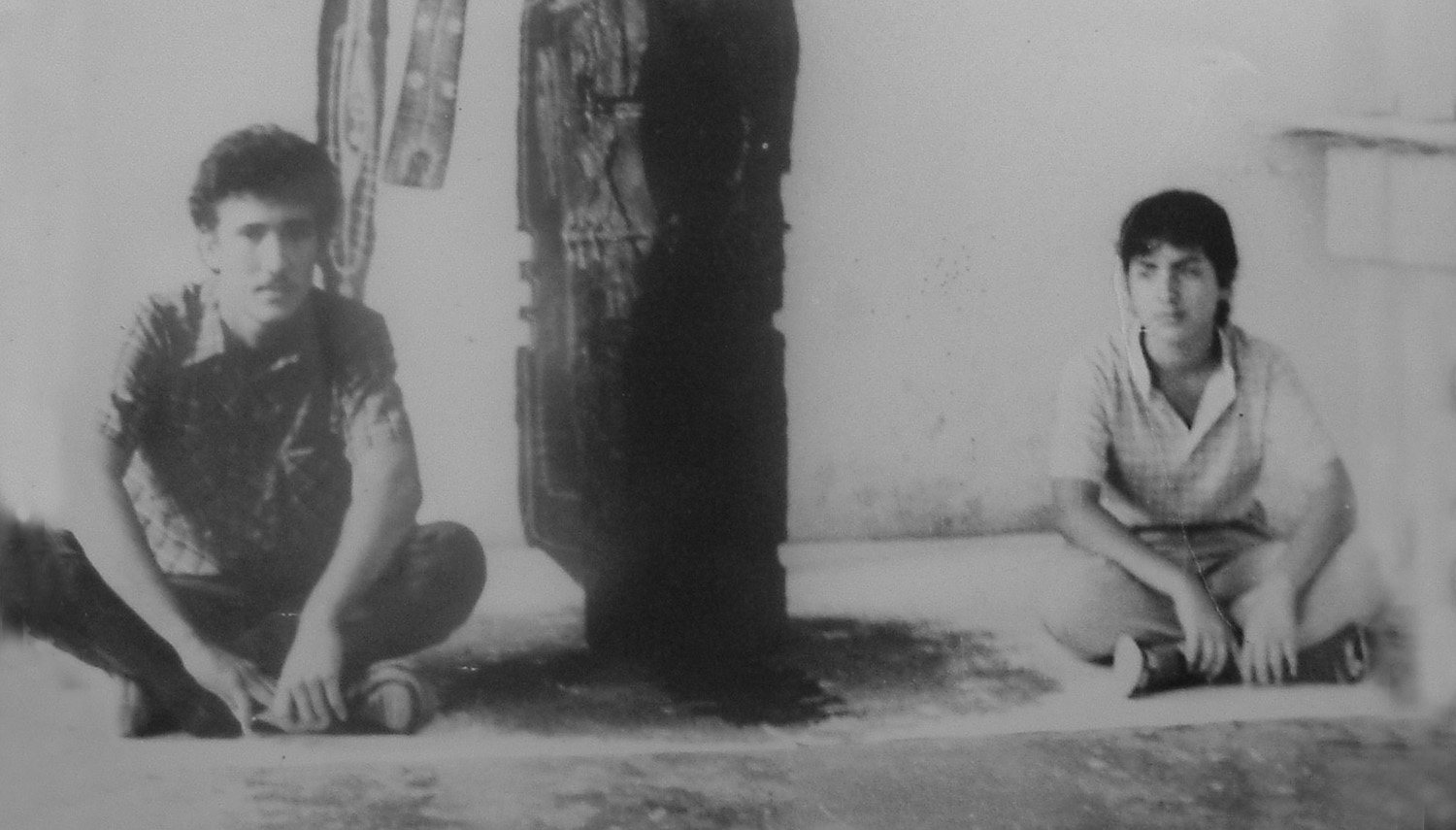 My first job was as an Art Teacher for two years. I was only 19 and my students were from 12 to 13 years old. It was a great experience but I decided to leave the job in order to focus on my own art. I kept the connection with most of my students, and they became good friends.

After this, I worked part-time at an art gallery because of the salary. But what I really wanted was a radical change. That’s when I decided to become a full-time Artist. The transition was hard. In order to survive I kept two lives; one doing art at night and another one selling anything that I could make with my hands. Here I have to give credit to my Mom who sent me 10 pesos Cubanos a month. Money and food were scarce back then but my imagination was more alive than ever.

The next big move happened in 1995 when I relocated to Havana with the help of my beloved friend Debra. I lived with her for a year. Thank you forever sister. Debra died of cancer in 2011 but she’s forever in my heart. In Havana, I married a Psychologist who later became my agent. He did nice things for me but the marriage just didn’t work so we got divorced. Nobody’s fault, that’s OK. Special thanks to him too.

During those years my art developed as never before. Several art collectors, art galleries, museums etc. from around the world came to the island fascinated with what was going on in the Cuban art world.  I worked on my art day and night. I had shows, traveled to other countries and worked some more when I returned.  I was happy and finally able to make a living out of my own creativity.

↑Photo taken by a Cuban friend in my studio. Havana, 1999 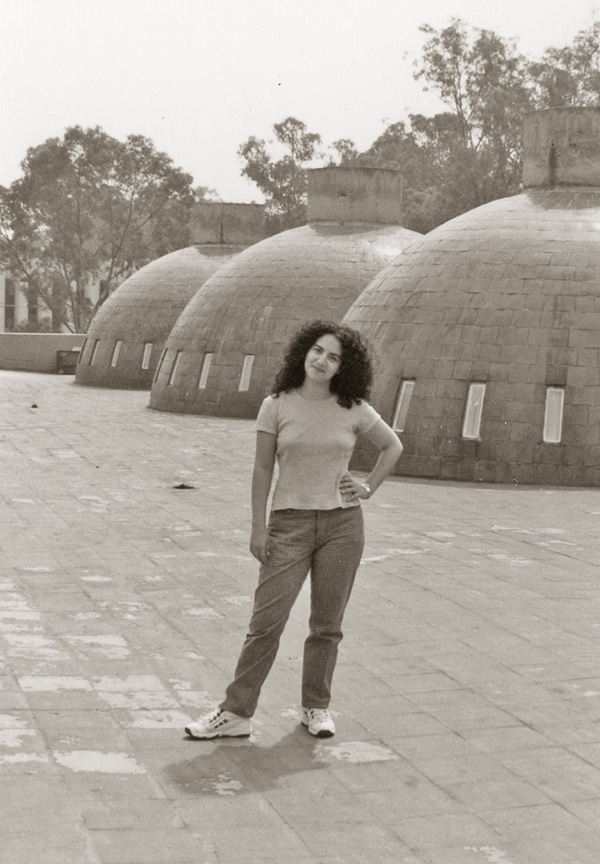 ↑ The year 2000, at La Esmeralda in Mexico, during my UNESCO-Ashberg artist residency.

Then in 2001, my life had another turn; just when I was getting divorced in Havana.  I had decided that I wanted to be by myself for as long as possible, with no partner. Then,  I met an American man named William Horberg. His sister had been a good friend of mine for a while but she never mentioned having a brother. The thing is that she had a plan in mind, she thought that Bill and I were going to be great as a couple so she proceeded to make our encounter possible. Bill was also going through a divorce. All I can say is that my friend (sister-in-law now) couldn’t be more right. Bill and I clicked the first time we met. Not too long after  I moved with him to Los Angeles, CA where I started a completely new life full of surprises. 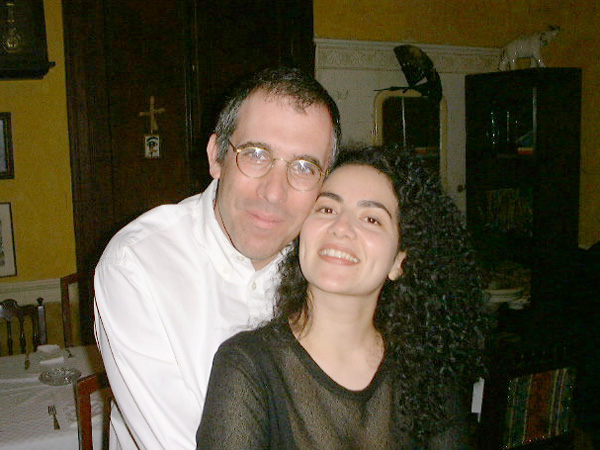 Bill and I in our very first picture together. Havana, 2000

Some of the most amazing surprises that we ever received were our two children Natalie and Diego.  They are both unique. Natalie is the most creative person I know. Diego is the most original (he was diagnosed with Autism at age 2).  My stepson Miro, who is currently attending college, is one of the most sensitive souls that I ever met. 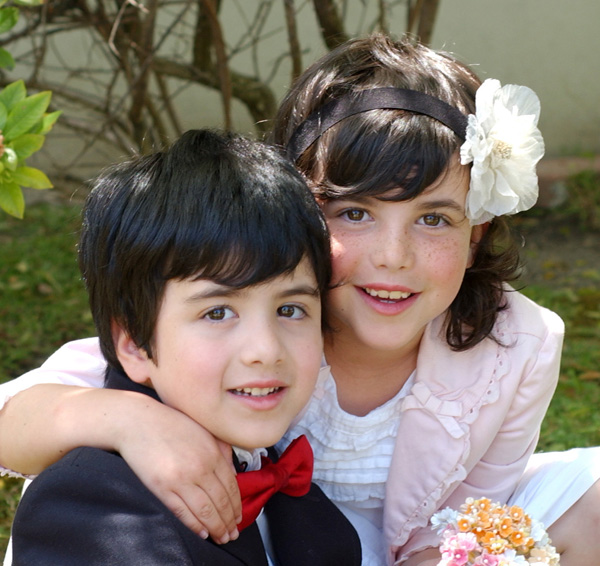 Natalie is attending college now and Diego is back in school after 2 and a half years. They continue to be best friends.

My husband Bill is a Film Producer from Chicago, with an accomplished career in film. He’s smart, gentle, modest, very family-oriented, creative, plus he possesses the most incredible memory ever. He’s like a walking encyclopedia. With him, I have learned tons of things, not only about film, music, literature, politics… but also about the simple things that really matter in life. We get along very well and spend most of the time making jokes and having fun with our kids. We also have wonderful friends with whom we get together as often as we can.

The rest of my story is happening as I write this… Every day is a new adventure me, a new opportunity to do something meaningful. Sometimes life gets hard for one reason or another, but we always manage to find the positive in the negative. Now we celebrate my birthday on the right day, but I still like to reinvent myself in everything that I do or create with my hands. The truth is that in some way each of us has the power to be what we really want to be. Isn’t that what our journey is all about?

All my best to you,

2018 – Photo below by my daughter Natalie Horberg.

For news about shows and events.